Nice handwriting is an artwork in and of itself these days. And to write by hand, which even used to be a school subject, has disappeared only to be replaced by swift fingers on the keyboard. But that’s not the case for typographer Jonathan Faust from Copenhagen, his creative artwork comes straight from his fingertips.

As a little boy, Jonathan Faust looked up to his father, an illustrator and a typographer as well. His precise handwork and the simplicity in his technique was something that appealed to Jonathan, who could follow his work for hours. Jonathan tried many times himself, but it often ended with him destroying his father’s expensive markers because he pushed too hard, or he would write outside the paper. But Jonathan’s father didn’t give up, he pushed, encouraged and constantly put the bar higher and higher.

– After high school, when I was around 18 years old, I started as a sign painter at an old fashion company, specialized in hand painted gables, silk screen technique and hand lettering. It was hard to go from studying to hard work in such short time, but at the same time I got the opportunity to work with my passion, and to learn about different materials and techniques from people with great experience, says Jonathan.

A dream came through

Three years later Jonathan could finally call himself a typographer, but the dream to one day become a designer or architect was still on his mind. And to be really good at your handwork has much to do with getting an understanding of your passion, much like a race car driver has to be able to fix his own car, Jonathan explains. If you want to work with hand lettering, you can’t start with sitting by a computer screen, the technique must come from within. After years of practice, Jonathan felt ready to apply for the graphic design program at the University of Copenhagen, where only 20 out of 500 applicants are admitted every year. To his surprise, he got accepted on the first try.

– Besides learning how to work with people with the same passion, I realized that there are a lot of people out there who shares my interest for details and precision. And to work with letters means even more then I ever could imagine, you have to have an understanding for composition, how to use a blank space, and most of all – how to build patience, says Jonathan. 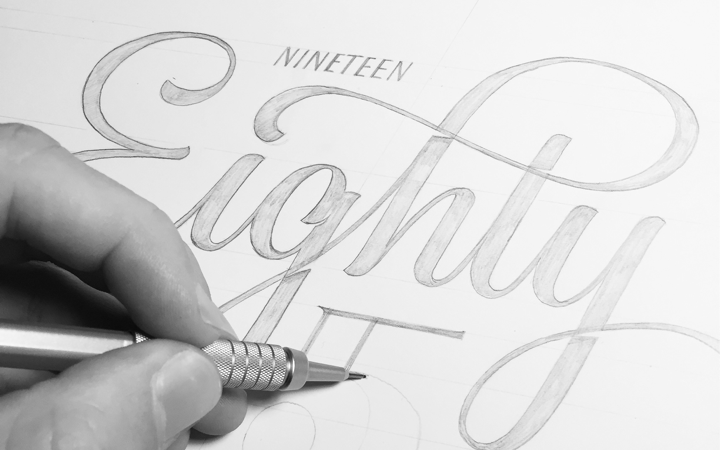 With passion for letters

Because as a typographer, you will need an enormous amount of patience, especially when you, like Jonathan does, works with ink and by hand. You can’t erase or delete, if you make a mistake or would like to change something, you’ll have to be creative and add or rearrange so the pattern will fit. Today, Jonathan works full-time as a graphic designer at an agency in Copenhagen and his expression is based on his passion for letters and fonts. Since he mainly works with packaging design and visual identities, he often gets an outlet for his passion, even if the job also means a lot of time by the computer.

– A lot of my work is digital, but I try to practice my handwriting skills every day, even if that means for 15 minutes or two hours. People wonder how I find time to do that, but for me it isn’t something I have to do, it’s more like meditation or relaxation. It started as a challenge for me, where my goal was to publish some work every day on my Instagram page, but a long the way I realized I actually felt better by doing it, says Jonathan.

It's in the details

He finds his inspiration in the small details, it can be a nice A on a banana-sticker or a handsome S on a sign, that catches his attention. And as soon as something like that enters his mind, he has to get it down on paper and he immediately wants to draw. That’s also because creativity can be hard to find sometimes. Typography has existed since mankind started to communicate, and there are millions of different fonts and types of letters. To find your own style and niche in your handwork can therefore be hard. But since the passion is so enormous for Jonathan, every workday is like a dream come true. 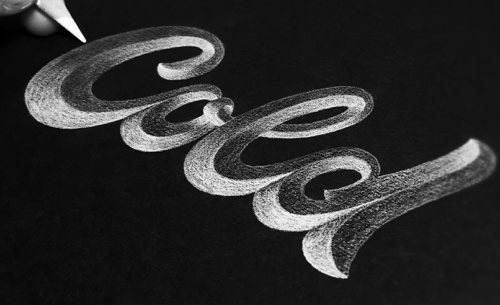 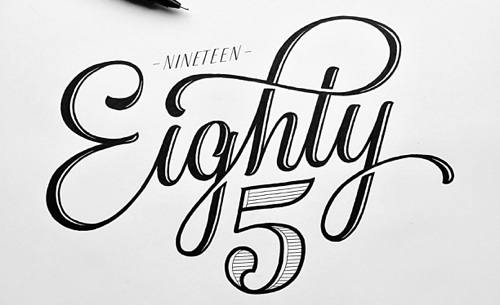 – My work is a passion I have had since I was 12, and sometimes I forget how happy I am to be able to do what I do for a living. My motivation isn’t money or fame, it’s to express my self and keep developing my skills. It’s like being a professional soccer player, as many kids dream of, with the only difference being that I don’t have to quit when I’m 35, says Jonathan.

Almost every day Jonathan gets questions about what pen he uses, but according to his opinion, the paper is equally important, maybe even more significant sometimes. All the different surfaces a paper can have may not seem relevant, but it has a very big influence on the end result. The pen doesn’t matter if the paper is of bad quality.

– The most important thing with paper is that it has to be light and bleed-proof, which makes it very fragile, so I have to be careful. And the ink in the pen must be fast-dry, since I’m left-handed. But on the other hand, neither the tool nor the material matter if you don’t have the skills, all the work is still in your hand, says Jonathan. 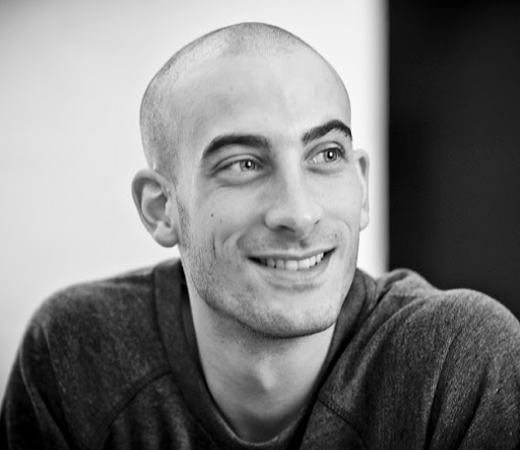