An artist with dreams of painting an airplane

Five books, exhibitions all over the United Kingdom and paper cuttings that has inspired even the greatest in the business. Even though Rob Ryan claims that his best work is yet to come, he has 30 years of experience as an artist and has made numerous remarkable creations.

– He knew I loved to draw, but during that time, in the 1960’s, there wasn’t so many choices regarding cheap paper for children to draw on. So I drew on whatever I could find, and that little piece of cardboard was perfect. It was a beautiful, pure and smooth, white card, says Rob. 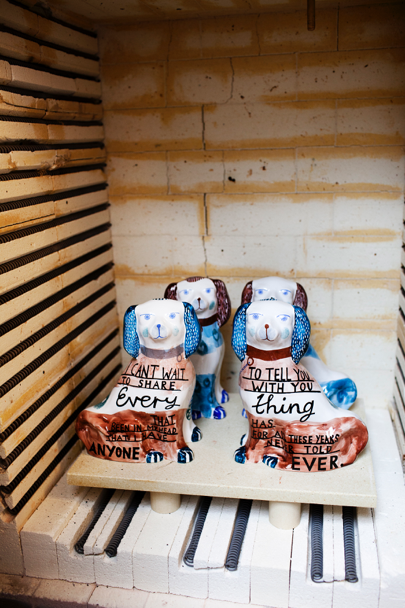 "I removed all other things, like color and tone, shade, even perspective. Just to reduce it all to this silhouette."

Rob was born 1962 in the city Akrotiri on Cyprus, shortly afterwards, he moved to England where he later studied. First Fine Art at Trent Polytechnic in Nottingham and later print making at the Royal College of Art in London. And even if he is mostly known for his paper cuts, he has always seen himself as a printmaker. He has never worked with another material than paper, not even on canvas like many other artists. Paper is Rob’s canvas, and screen printing is his technique.

– It’s such a broad medium to work with. Nowadays, most people work in layers while using computer programs such as Photoshop or Illustrator, but with screen printing and paper cutting, you can work with layers more effectively, and “for real”. And there’s an end, if you paint on canvas you can keep painting over, and over again on the same canvas, in all eternity. But with paper cutting, there’s only a certain amount of paper to cut away – before it’s all gone, says Rob. 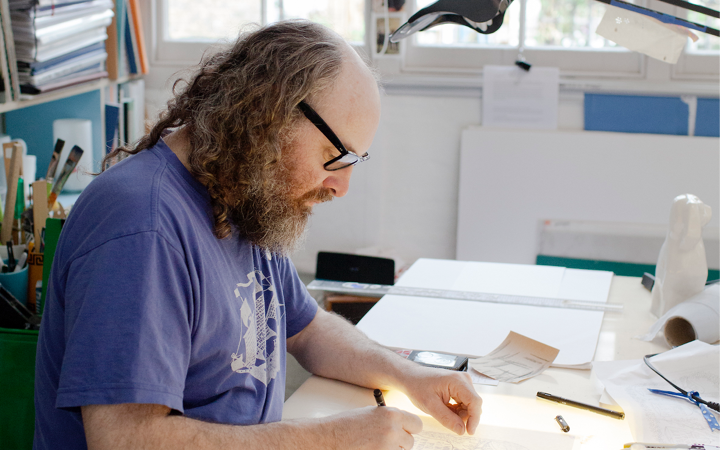 Drawing and painting were the main reasons Rob became an artist in the first place. With screen printing you make stencils out of paper which you later print with different colors. And Rob realized along the way that the stencil, the paper cut, were artwork itself and wanted to highlight them. And to go from painting and printing, to cut in paper wasn’t a big step for the creative artist.

– My work was already based on different shapes and graphic identities, so to simplify it and just focus on one single piece of paper, cutting most of it away and create a silhouette, was in fact not too big of a transition, really. But that’s also how you make progress in your work, through simplifying, improving or making things more complicated. So I removed all other things, like color and tone, shade, even perspective. Just to reduce it all to this silhouette. It was like you took everything and put it into a press and just squashed it down to the simplest ingredient, says Rob. 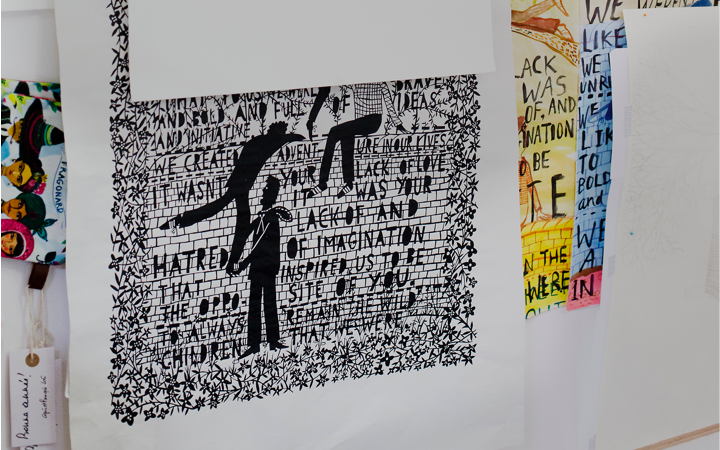 When books entered the picture

2007, Rob decided to take his paper cutting to another level. Earlier in his work, Rob had focused a lot on words and storytelling, where he cut out words, and sometimes even sentences, to fill a whole page. And it was a difficult balance and a struggle for him, because he wanted to keep the pictures, but add more words to continue the story.

– I was using pictures and filling them with words, putting it into a frame and hanging it in a gallery. Why don’t I take the writing further and put it in a book, it makes more sense, that the written words should be on a page rather than up on a wall, says Rob.

Having said that, Rob started to write and illustrate books, and experimented with extending the ideas he had in one picture, to a much longer narrative. For example, he has written and illustrated ‘This Is for You’, ‘A Sky Full of Kindness’ and most recently a trilogy, ‘The Invisible Kingdom’, ‘The Kingdom Revealed’ and ‘The Invincible Kingdom’.

– Now I have written five books and a long the way, I’ve realized that I’m not a writer, I’m an artist. But it was a challenge and something I just had to do, and I think sometimes it takes a lot of work, and a lot of effort to find out what you are not sometimes, says Rob.

Back to the origin

The books and the paper cuts have gotten the most attention in Rob’s career, and he has made work for companies like Paul Smith, Liberty of London, Tatty Devine and Vouge. But before he did that, he was a painter for almost 13 years. So now, when the writing and the cutting is set aside, he has decided to pick up where he left off, and he wants to be a painter once again. What he’s going to paint, however, is not yet decided.

– I don’t know actually, people’s feet maybe. I get inspiration by everything and anything around me – how I feel about things, all the different emotion’s that exists, how other people feel. I’m trying to explain how I feel in different situations through my artwork, and put that in other people’s perspective. If I’m thinking of a special moment in my life, when I felt lonely for example, I’m trying to put that in someone else’s perspective, like how a lonely dog would feel, and then try to do something with that. Sounds insane right, says Rob. 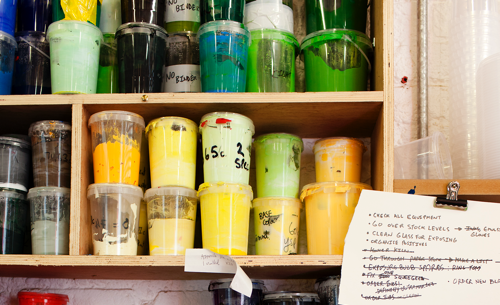 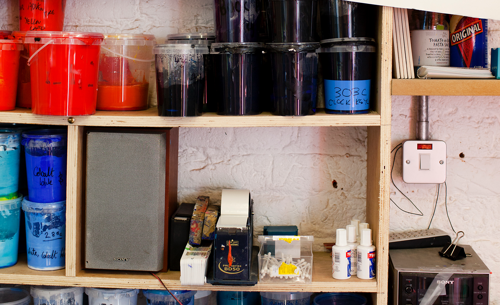 One thing Rob dreams of, that doesn’t have anything to do with neither feet nor dogs, is to design an airplane painting.

– Every airplane has some kind of picture painted on it, and it’s often the airline logo or such. But I’d like to paint a plane so that it looks like a human, where the wings can be arms. So when you look up at the sky you can see an enormous human flying around there, that’s definitely a dream project, says Rob. 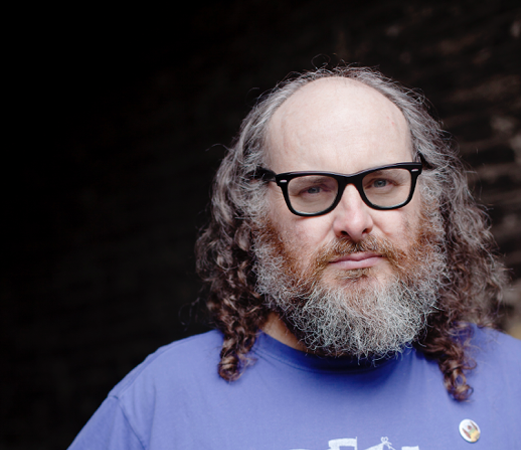