Love, screen printing and a whole lot of bikes

The creative agency Jollygoodfellow is run by spouses Esa and Lisa Tanttu. Together, they create everything, from brainstorming and sketching, to actually pressing motives of screen prints in their own workshop. In just a few years, they have gone from easygoing hobbyists to selling their handicrafts on an international market.

When Esa and Lisa met in a Stockholm rock club in the early 2000s, they never thought that, one day, they would make handcrafted products together. Today, under the name Jollygoodfellow, they run a creative agency and sell products through nearly 30 retailers from Tokyo to New York. When they met, Lisa studied arts and crafts at Österlenskolan, and had thoughts about becoming a volunteer abroad, and Esa worked as a graphic designer at an agency in Stockholm. But something drew them together, and already after a second date they discovered that they shared a common interest; handcrafting.

– We tried out screen printing together the second time we met, which was extremely fun. It became a part of our relationship from that moment on, says Lisa Tanttu. 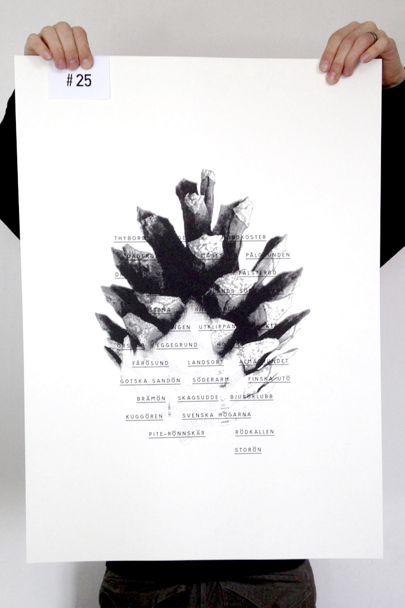 "One might think of the birthday song at first, but the name also has a double message, just like all of our motives."

After a few years together in Stockholm, the couple moved to Malmö, in South of Sweden, to continue working on their hobby. At the same time, Lisa, who was a recent graduate from Konstfack University of Art, Crafts and Design, worked as an art teacher and Esa freelanced with various projects. The name of the agency, Jollygoodfellow, was thought of during a time when skulls and “cool stuff” was seeing popularity, whereupon Esa and Lisa wanted to stand out and instead have something witty or almost silly.

– One might think of the birthday song at first, but the name also has a double message, just like all of our motives. We make sure that everything we produce is made of carefully selected materials, and therefore we see the products as “good fellows”, says Esa Tanttu.

The motives, which Esa and Lisa screen print on posters mostly, but also on t-shirts, bodysuits and bags, they make themselves. They can be based on photographs, which later are processed digitally, but also sketched freehandedly. Esa and Lisa always strive to make simple, everyday motives, which also can be ambiguous and have an underlying political message.

– The bikes, which are our most popular motives, we developed to celebrate the bicycle as transportation. Another example, is an image of a forest with the text “we’re open”, which we produced to celebrate the Swedish legal right of access to private land, a fantastic legal right that many people tend to forget, says Lisa. 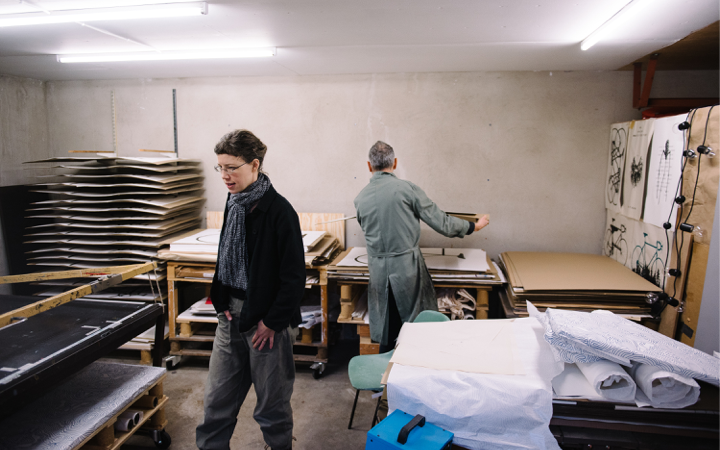 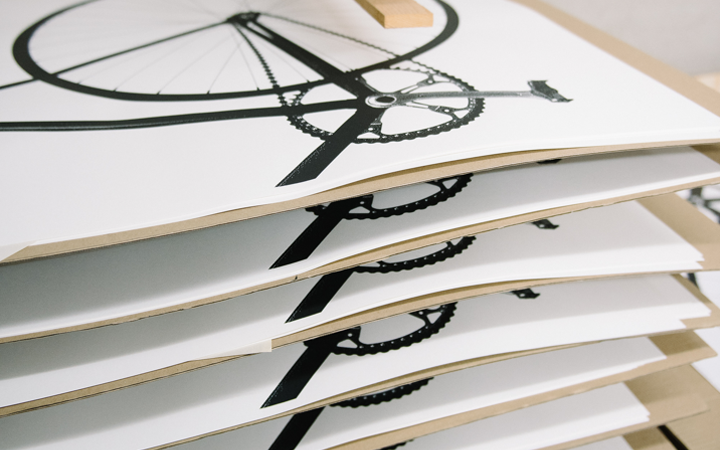 Environmental thinking – from idea to product

It’s very important for Esa and Lisa that all material they use is produced in an environmentally friendly way, and if possible, manufactured in Sweden. The color they use to print with is made on the island Gotland, and the paper they use for the posters are produced in Munkedal on the Swedish west coast. In addition, they also ensure that they use as much of the leftover material as possible, which sometimes becomes exciting combinations that they sell on the website as specials, under the category “Unique Fellows”.

– The prints can become slightly different from time to time, even if the point of screen printing is to make many identical prints, then we sell them as specials instead of throwing them away. We recycle sample prints, we save waste materials and make covers for notebooks, for example. We have also tried to braid strips from when we cut posters. We try to re-use as much material as possible, says Esa.

Now, Jollygoodfellow have been around for almost ten years, and much has happened since the beginning. They have gone from selling bags at Christmas markets to selling hundreds of posters through a number of retailers around the world. Esa and Lisa believe that they live in their dream project, and that the attention they get from customers is incredible. They also appreciate that they get to work with materials and techniques they feel passionate about.

– Paper has always been a big part of our work, and I’m particularly fond of uncoated paper. We use it every day in our creative process and it’s extremely important for the final outcome of the work, says Esa.

Being on the fine line between art and commercial products is nothing Esa and Lisa see as negative, however, it can be difficult in certain projects. In one of their largest projects, the “Urban Calendar”, where they made calendars with photos of different door numbers in Copenhagen, Helsinki and Stockholm, that particular issue became very prevalent.

– Some people thought there wasn’t enough space to write stuff down in the calendar. It was perhaps a little too artistic. It was a bit frustrating, but at the same time we like to push the boundaries, says Lisa. 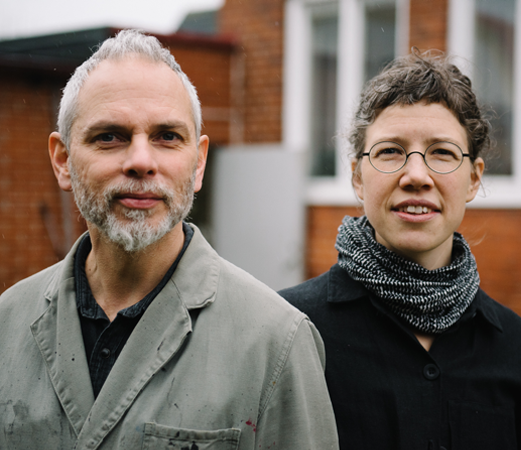 Favorite tool: For Esa it's a pen and for Lisa it's a knife
Web: jollygoodfellow.se