Danish paper artist Jacob Dahlstrup’s greatest interest in life, the marine life, has been a source of inspiration and a recurring theme in his life, from childhood to adulthood. Due to his curious nature, he invented a unique paper craft called “paper tattoos” and dove right into the traditional Western expression.

As a child, Jacob Dahlstrup was very fond of the marine life. He could spend whole summers in a rowboat out on the lake with only a fishing rod resting against the boat's edge as his only company. At the time, his entire world consisted of sailing boats. Over the years, Jacob's passion resulted not only in the restoration of a sailboat, he also spent a few years in a fishing hut in Copenhagen's south harbor. The boat restoration eventually had to be put on hold when he started the project of converting the fishing hut into an art studio. His time spent in the port taught him about the life experiences of sailors who later inspired his art in many ways. Although his interest in boats and marine life is still very present in everything he does, his attention is mainly with his family, their new house and his art nowadays. 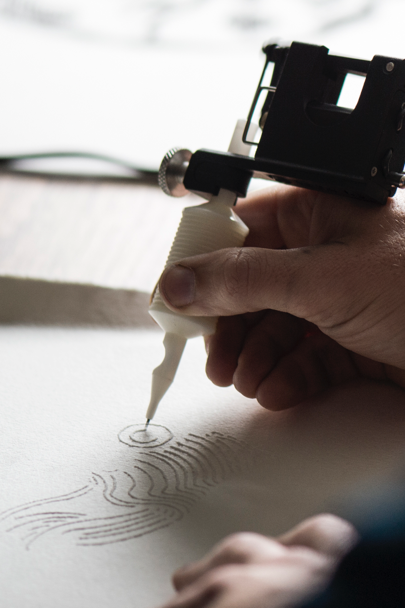 Boats, sailors and guiding stars are recurring elements in Jacob’s art. Today, he is focusing on the old navigational means of old sailors: the infinity of space and the safe guidelines of the stars.

– There are so many similarities between sailing and exploring space. The sea has long been known to have large portions of it totally foreign to us; much like space and its’ vastness. People want to go further and see what's on the other side. Therefore, space inspires me as much as the ocean, says Jacob. 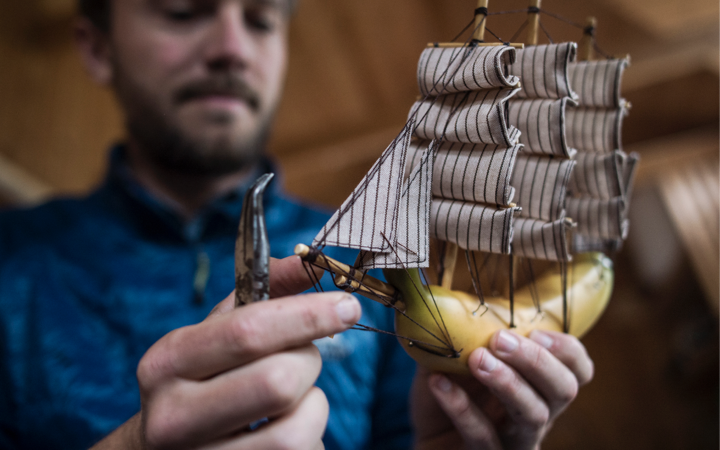 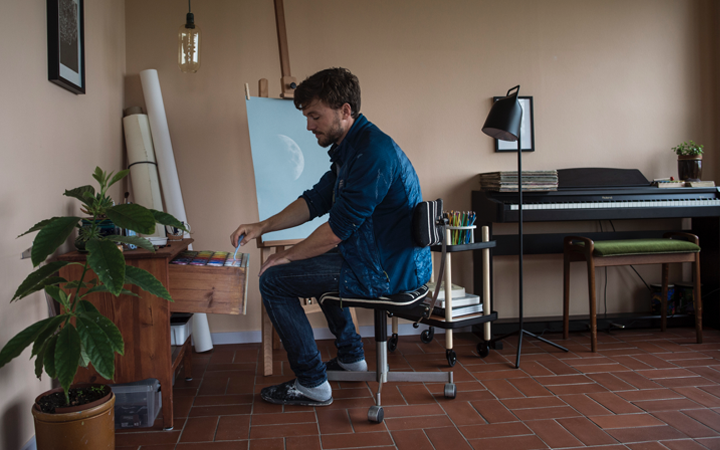 The origin of paper tattoos

Art has been a natural element that has followed him through his life. He chose to study at the Glasgow School of Art for three years and after his studies, Jacob developed his own technique, the so-called, paper tattoos.

– One of my friends was a tattoo artist. I borrowed one of his machines and had it in the studio. I started to experiment with the tattoo machine it and tried to tattoo on a softer paper for copper print. The physical nature and softness of the paper reminded me of skin, says Jacob. 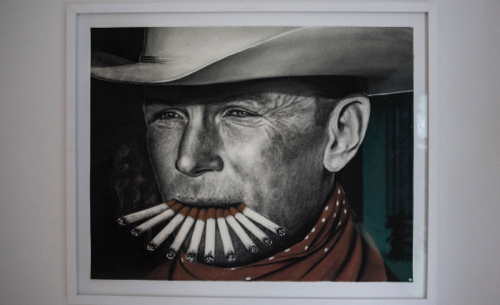 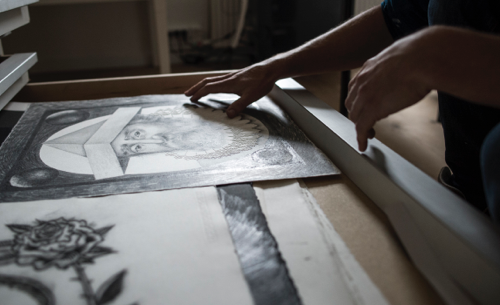 After the discovery of paper tattoos, Jacob began to create a series of portraits of old sea captains. It was a commission for a venue that was stationed in an old trading port in London. A few more classic motives were forged in paper. Classical figures that for decades decorated the bodies of sailors who have spent their lives at sea.

– I did the classic tattoos like skulls and snakes. Very masculine tattoos, while the technique I used in the form of a needle had a feminine expression, very soft and fragile in a way. A contrast from two worlds, says Jacob. He is also fascinated by the role of light in the perception of his paper tattoos. Depending on strength, position and what kind of light that is focusing on the artwork, he his paper tattoos have a varying and changing expression. In fact, it’s the shadows of the lines that define the subject, not the color or brushstrokes.

The boat – his eternal muse

The boat, in all its forms and designs, was one of the most important motif in Western tattoo art. Turns out, it is also Jacob's favorite motif and one of his most famous artworks. Ten years ago, during a trip to Spain, he saw a souvenir in the form of a boat. When he returned home, it turned into an organic and vibrant piece of art, a banana boat that plays with the idea of what art is.

– I sat in my studio and was going to eat lunch, including this banana. It was one of those days when you don’t know what to do. On an impulse, I decided to remove the sails from the souvenir and put it on the banana instead. I brought it to the school and felt like it was more of a joke than anything else. But my professor thought it was piece of art, says Jacob.

They decided that the banana boat lived up to the characteristics of an artwork and the sculpture began to show up in exhibitions. A curator from a major art fair in London was told about the boat and wanted to display it.

– After that show, it got attention from the art industry, but the banana started to turn brown and decompose. The pre-emptive process was an important part, it reflected life and death at the same time, says Jacob.What was initially a humorous outlet became a featured piece of art that ended up in places where it was not initially expected.

– Sometimes it's just about starting to create and stop thinking, says Jacob. 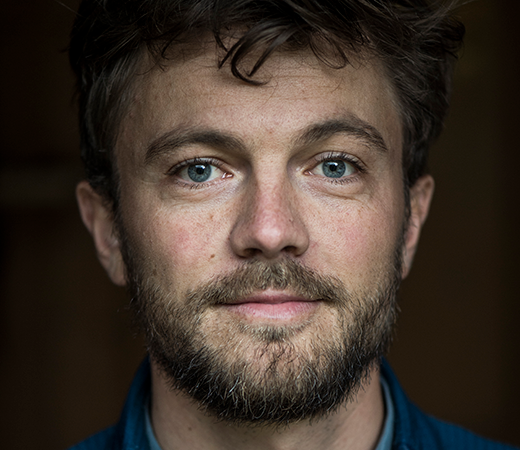