The graphic designer who went her own way

Hungarian graphic designer and paper artist, Julianna Szabo, found her true calling in life: working with paper. She went her own way and defied old structures and prejudices. Her creations vary from detailed sculptures to spellbound animations, all in paper. – I like when my work makes people look twice, as they discover new details and realize it is all made of paper. Since everybody has some experience with paper, they can better appreciate the effort that goes into each piece, says Julianna Szabo.

Her life revolves around paper. In Julianna's hands, the familiar material takes many forms and expressions. She has gone her own way and allowed creativity to take place in her life.

– My home is full of paper creations, every available space is occupied by something made of paper, says Julianna Szabo.

Her career choice, however, developed over time, and she changed course from the path suggested by her family. Julianna grew up in the countryside in Hungary, where art was not considered an honorable way of making a living at the time. Her choice, therefore fell upon studying Information Technology at Veszprem University, as it promised a reliable income in the future.

– During my university studies, however, I gravitated toward the graphic aspects of IT. I made websites, small illustrations and 3D animations, studied virtual reality and multimedia, says Julianna.

After graduating, she moved to Dublin with her boyfriend, three ferrets and her cat Noodle. Her first job in Ireland was as a web designer, but realized quickly that she needed to know the basics of graphic design to be able to progress in the field. It was the beginning of her journey toward becoming a graphic designer and paper artist.

One day, Julianna hopes to work with animations for a big stop motion-production. Here is a work she did for Gucci.

The change of profession

Julianna was discovered by an art teacher, who later inspired her to build a portfolio, and apply to an art college. Her portfolio work was successful, and she got accepted to the National College of Art and Design, in Dublin. At NCAD, she studied visual communication and graduated in 2014. Her career went through a metamorphic phase, and she changed her profession from the technology field. Her first-ever paper sculpture made her realize her mission in life, to create paper sculptures with a touch of graphic design.

– For my first-year final project at National College of Art and Design, I visualized what home means through paper illustrations built on the 3D word itself. Letters H and M were depicting Hungary, my come country, while letters O and E showed my impressions of Ireland, my chosen home, says Julianna.

That experience gave her the insight that she truly loved working with paper, and that the material was about to change her ways and give her new opportunities in life.

– The realization gave me the passion and driving force to immerse into every project I was working on, says Julianna.

Her fascination with creating letters remains. Recently, she finished a project for the Instagram account 36 Days of Type.

– They call for artists and designers to transform a letter into a day, with a guest artist starting each day. I was invited to create number 6 as the guest designer last year, which took me four days to complete. This year, however, I wanted to finish a complete alphabet for 36 Days of Type, in order to challenge myself to make one letter per day, says Julianna. 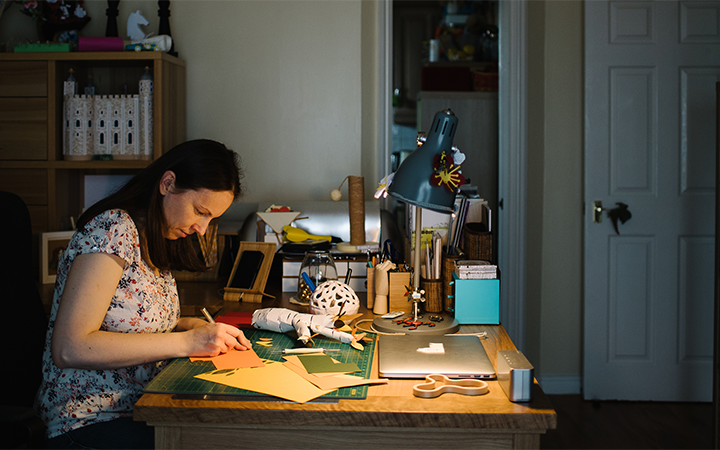 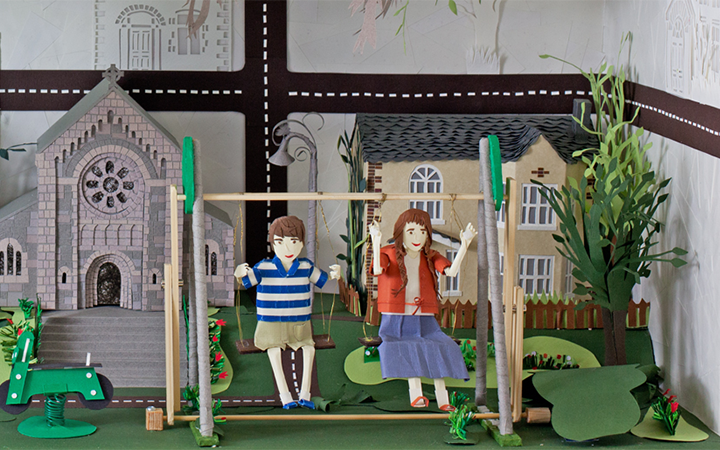 The sparkle in people’s eyes

Julianna creates paper sculptures for commissioned work, and personal projects. The personal projects mean greater freedom over the process and result. Although sometimes the commercial outsourcer trusts her and lets her creativity run free.

– However, for a designer, there is a well-defined result you need to achieve. For example, Gucci commissioned me to create a stop-motion animation because they liked my artistic style. They gave a very open brief, to introduce their new ACE sneakers. I had complete creative freedom to come up with the idea and colors, says Julianna. 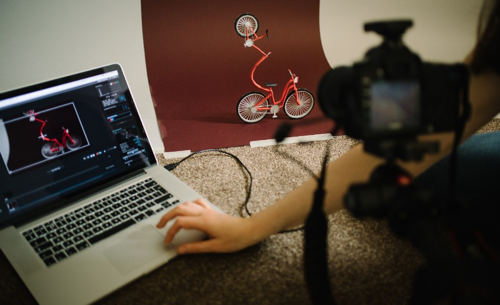 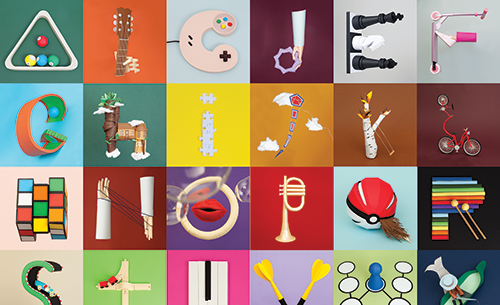 Sometimes Julianna's knowledge of technology is crossed with her creative side. The results are indicative. For her final year project, she built a paper city in 3D where some objects began to move as a reaction to the spectators' movements, since the paper illustrations were linked to an Xbox Kinect sensor.

– The biggest reward is seeing people’s reactions to my work, to see the sparkle in their eyes when they realize that my work is entirely made of paper, a material they are very familiar with, says Julianna.