The Polish artist Magdalena Salome searched for a personal expression and found herself in the field of abstract art. She feels at her best when she has the possibility to express her feelings through her art. – I am a collector of moods. I have a very good memory of feelings and through my art, I have found a way to express them, says Magdalena.

Magdalena is a graphical art student in her last year of studies at the Warsaw Academia of Fine Art. During her final year, her prime focus has been to find her personal expression; the artistic brushstrokes representing the spiritual meaning of Magdalena Salome.

– During my second year, my professor told me that there was a lack of feelings in my graphical expression and he suggested that I use color to better express them. I used to exclusivelypaint in black and white, so it was a huge step for me to start using blue, says Magdalena. 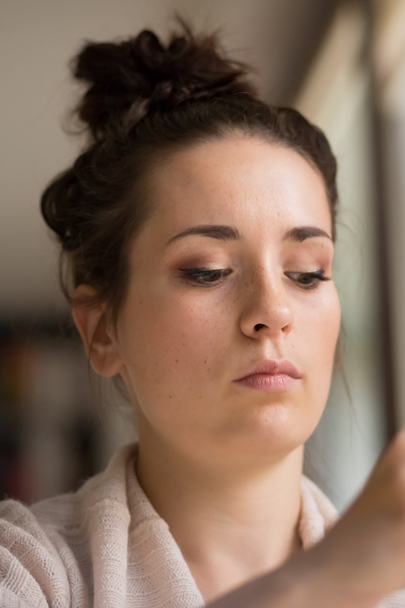 She found herself in abstract expressionism and developed her unique style using watercolor. Magdalena loves the nonfigurative art that tends to broaden the spectrum of interpretations.

– In abstract art, the motif can change depending on how the light falls on the painting, I love that. I think it’s amazing that a painting can change during the day, partly due to the light but also because of your mood changing. The result might be something completely different by the end of the day, says Magdalena.

”In abstract art, the motif can change depending on how the light falls on the painting, I love that”

Translating her feelings into art

Nature also plays a significant role in Magdalena’s art. She is inspired by its vividness and translates nature into art pieces, in both micro and macro-perspectives.

– I often use the structure of plants and enlarge their veins to macro-perspective. I see elements in nature that are similar to people’s veins, arteries, and rivers that reminds me of plant structure, says Magdalena.

Magdalena always strives to convey a certain mood or feeling in her pieces. Her artistic choices and painting technique plays an important for the end result. Just as color, object and paper quality creates a certain kind of feeling, she sometimes uses laundry detergent to evoke emotion. It was love at first sight when Magdalena discovered Munken. She explains that that type of paper is perfect for what she wants to accomplish.

– It is important to me to emphasize certain feelings and express them through my art. I always strive to translate what I think onto paper. It’s important that my choice of material always enhances my message. When I paint on regular paper the colors are not as vivid and vibrant as they are on Munken paper, says Magdalena. 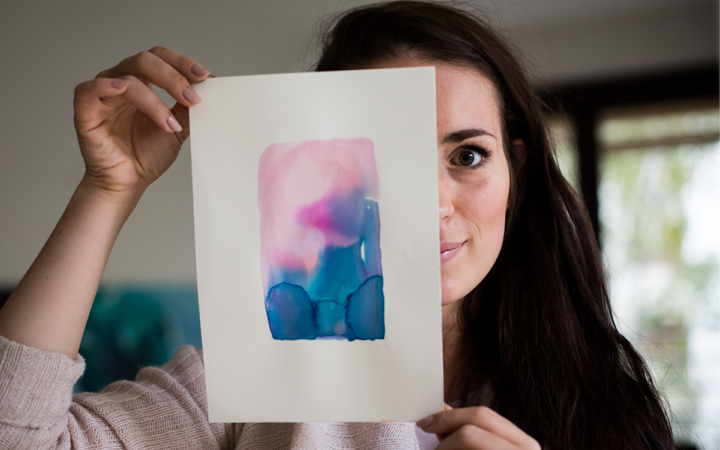 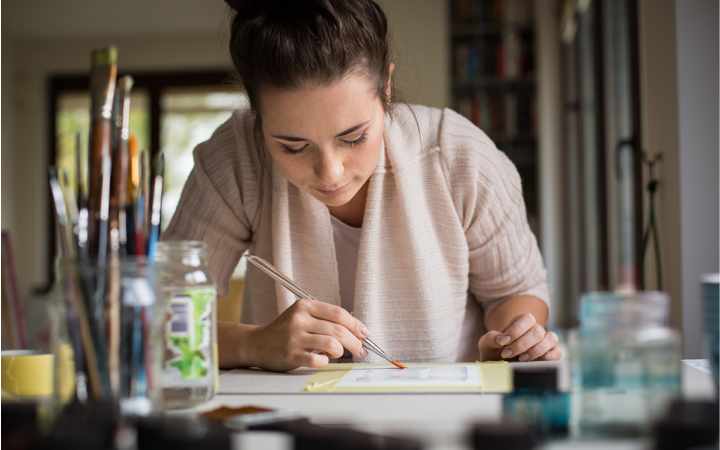 A crossroad in her career

Recently, Magdalena was at a crossroads in her career, she argued back and forth about which path to follow. Should she call herself an artist or not? Was her calling in life graphic design? After countless hours of thinking and discussing it with others, she eventually realized what her title was going to be.

– For a while, I thought that I had to choose one career path only. I realized that I am a little bit of both. I’m both an artist, an illustrator and a designer. Nowadays, I try to consciously get a piece of each in my everyday life to feel good and feel that I get the most out of my career, says Magdalena. 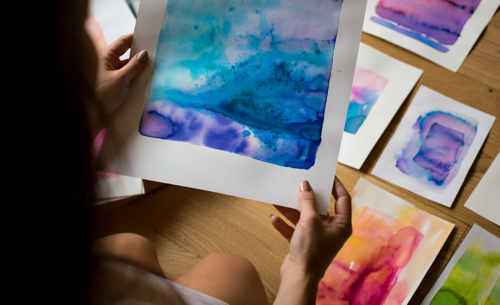 In August, Magdalena had an art exhibition where she once again confirmed that she feels at her best when she’s allowed to do what she loves.

– I know that I spend so much time, heart, tears and pain into my art. So, I try to be courageous and believe in my art, to see people in their eyes and know that I’ve done my best, says Magdalena. 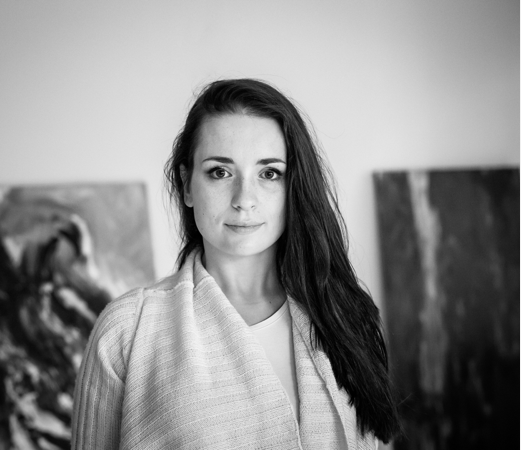