Drawing with paper – instead of on it

The British artist Yulia Brodskaya found herself in her art when she transcended from digital expression. Instead, she developed a modern and self-made form of quilling. Today, she paints with paper and expresses herself in 3D, instead of 2D. She has clients all over the world and has done commissioned work for Wimbledon, Godiva and Hermes, to name a few.

Paper means so much more than just material to Yulia. It is rather a tool to interpret her vivid imagination into colorful and detailed paper art. She began her artistic career as a graphic designer, with a master’s degree from the university of Hertfordshire, but chose to abandon the computer for her big romance in life: paper.

– I always had a special fascination with paper, it is extremely flexible and has endless ways and techniques of manipulating it; it gives a visual and tactile feel and is not messy to work with, says Yulia. 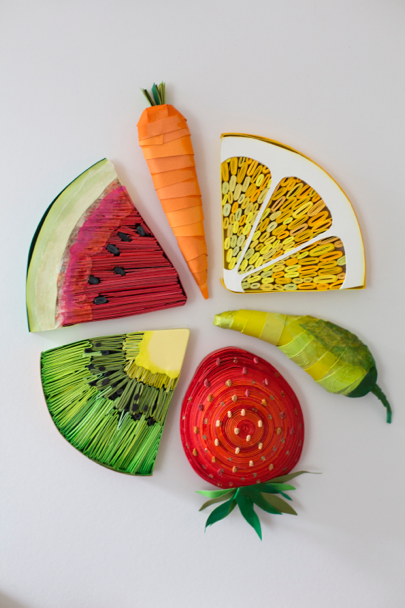 Seven years ago, she developed her own version of the classic paper technique called quilling. She is self-taught and simply followed her intuition when she created her first illustration.

– I never heard of the term or learned the traditional technique, I just took some strips of heavy paper and started making intricate lettering with them. So, I kind of re-invented the craft, and most of the time, I call my method “working with edge-glued paper strips” rather than just quilling, because my way is different, says Yulia.

A slow but rewarding process

Behind Yulia’s finished artwork lies hours, days or even weeks of handy work. The creative process is in many ways slow and demanding of patience.

– If I take a pen and draw a line, it will take me a second; to make 'a line' with a strip of paper I'll have to measure the desired length of the strip, then cut it, then shape it, then dip the strip into glue and put it in place, and so on. So, the process is many times longer than real drawing. However, thus I achieve something in 3D instead of a flat 2D drawing, says Yulia.

She experiences her technique as liberating in relation to traditional drawing on paper. For each strip of paper she glues, time vanishes into periphery. However, this time-consuming technique is appealing to Yulia.

– The best part of my job is that it fits my personality perfectly and allows me to be independent, to be myself and bring beautiful imagery into life, says Yulia. 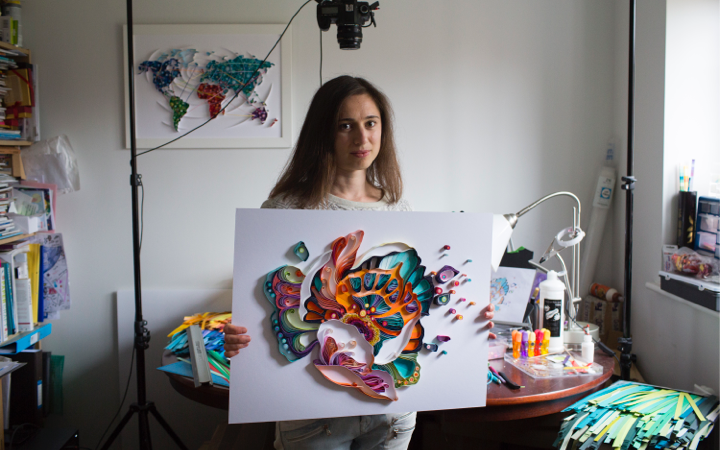 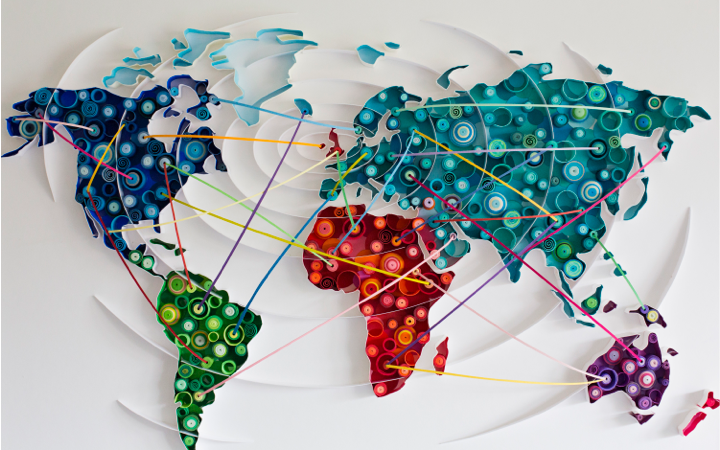 The beauty of aging

Yulia does not usually favor a job, but admits that her personal projects have a special place in her heart. One of her projects is based on the idea of creating images of old people, and to capture the essence and beauty of aging.

– I was fascinated by how a person’s whole life gets written on their face and it is there for us to read and interpret; I learned that there are different ways of showcasing old people through their interests, or situations they may find themselves in. Old age should be respected and celebrated rather than perceived as something negative, which is often the case in our Western, youth-driven society. 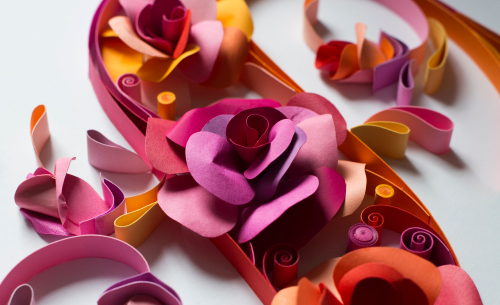 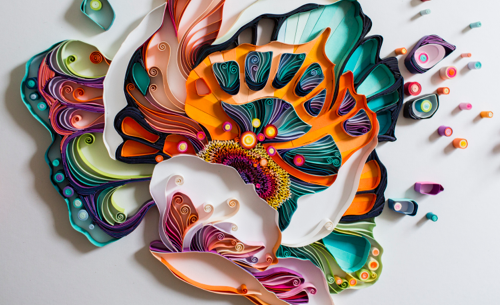 One portrait in the series became extra emotional for Yulia; A portrait of her own grandmother.

– She is a wonderful, inspirational person; someone I look up to. I'm not sure that I've managed to do her justice with this portrait, but I tried. The main thing is that she liked it -what more I can ask for, says Yulia.

During her seven years as a paper creator, she has worked for an impressive number of clients. Over 200 companies have fallen for her vibrant art, including Hermes, Starbucks and Cinaplex Entertainment, just to name a few. At the same time, she has also developed her personal projects. An impressive resume, considering the time-consuming technique used in each project. In the future, she hopes time will suffice.

– My dream is to find a way to work faster and have more time to bring all my numerous creative ideas into life. 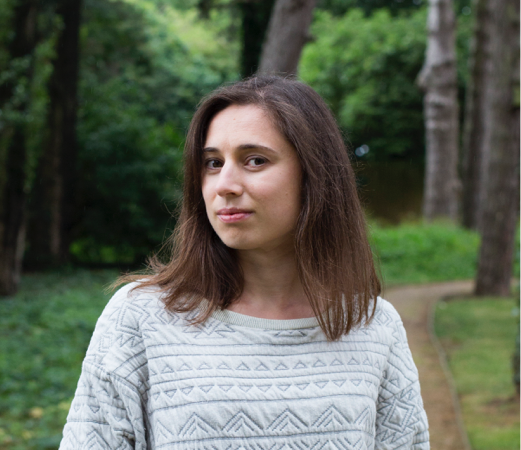