Meet the cartoonist and illustrator Angie Wang, from Los Angeles. She is a creator with a lot on her plate, from drawing for The New York Times to arranging the annual Comic Arts convention. She is living her dream of working as an artist, where she makes her own universe filled with everything she loves.

Angie Wang had a clear vision when she was only 10 years old: she was going to be an artist someday. She liked to draw, but wasn’t very good at it, so she practiced every day. After college, where she studied linguistics, the economic situation in the US was poor, and the offers of work weren’t exactly flying in.

When she wasn’t busy searching for a job, she spent most of her spare time drawing. She could draw for hours every day, mostly cartoons like Sailor Moon. One day, Angie, who always had had a big passion for comics, went to a convention where she met a publisher named Jay Edidin from the comic publishing house Dark Horse. He told her to contact him if she wanted assignments.

– I really didn’t know who he was, but I drew a six-page comic that actually ended up in Best American Comics 2011. For a 22-year-old that was absolutely amazing. It blew my mind completely and from that moment on I’ve worked with comics, Angie says.

"I’ve always loved drawing on paper, and if I have time, I’d rather sit in front of a paper than a screen, but only the idea of making mistakes makes me panic."

From The New York Times to Cartoon Network

Angie started doing illustrations for The New Yorker after meeting the art director Jordan Awan, and that was the starting point for more people to discover the young, talented artist. She got several assignments for The New York Times and later on met a cartoonist and story-boarder from Cartoon Network, Rebecca Sugar, at a convention. She had an extraordinary project she wanted Angie to become part of.

– I started working with this really cool cartoon, Steven Universe, and became a prop-designer. I illustrate and design everything the characters pick up or interact with. If they open a door or pick up a candy-box, that’s my design, Angie says.

Steven Universe became the starting point for a long cooperation with Rebecca Sugar, a collaboration still standing today, and which even ended up in a book based on the character. Angie means that Steven Universe is her favorite cartoon, and that she often can relate to happenings in the show.

– It’s those kinds of stories which are meant for children, but that even adults can find wisdom from. If I feel bad, or something bad has happened in my life, I can watch an episode and feel better or get new insights, Angie says.

Angie Wang is completely self-taught and leaves nothing to chance. Her work consists of very hard, flat lines and she likes to express texture, like smoke, wood or steel. Her passion for comics ended up in a new comic convention in LA, which she founded together with three friends in 2013. This year, they are hoping for around 3000 attendees.

– We founded Comic Arts LA since there wasn’t a similar convention on our side of the country. We always had to go to the East Coast, which is a very expensive, eight-hour flight. Only to hang out with our friends, also flying all the way from Los Angeles. I asked myself the question, could we start something like that here? And after many ifs and buts, it became reality. 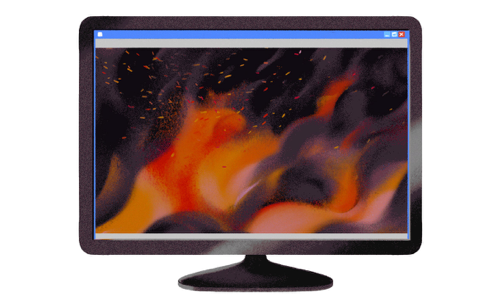 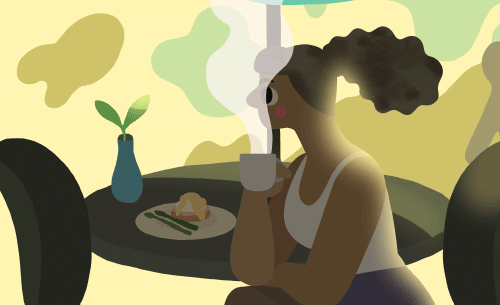 The convention has become a big, annual event, where visitors like Matt Groening, the creator of the American TV-show The Simpson, has been around since the start. In addition to allowing like-minded to network, it is also a goal to develop and challenge young talents within comic art.

– It’s hard to come forward in this industry without contacts, and I for example have met almost all my important, work-related acquaintances in similar events like Comic Arts LA. That’s why we wanted a place where young creators can meet older cartoonist, learn new things, inspire one another and get tools to move on forward in their careers, Angie says.

Paper – a cartoonist’s dream and nightmare

When Angie started to take interest in drawing, the paper was a big part of her life. She was always looking for the perfect paper, one that was in a specific, creamy, white color, soft but not too thin so the ink would bleed through. According to Angie, it was a “super-paper” she demanded, which needed to have many different characteristics. She means you really can tell if a cartoonist has used paper and that the small mistakes you can find make the art even more interesting. On the other hand, she also sees herself as too much of a perfectionist to use paper for commissions.

– I’ve always loved drawing on paper, and if I have time, I’d rather sit in front of a paper than a screen, but only the idea of making mistakes makes me panic. A line that doesn’t get completely straight, or a color that doesn’t turn out the way I want. Working digitally means I get more choices, and I don’t get stressed about making mistakes, Angie says.

Besides drawing, making animations and arranging big conventions, Angie Wang is always looking for new opportunities and developing new skills. Her next project is game developing.

– I’m making a game which teaches people about color theory. You enter different worlds and then color the surroundings using either CMYK or RGB colors. The hardest part right now is to teach myself coding, Angie laughs.