The creator of cities

Most of the ideas Stefan Bleekrode uses for his drawing and paintings come from trips abroad, as he often travels around Europe and North America by train or bus. After a while he turns these ideas - combined with a good bit of his own imagination - into fully worked out drawings and paintings. His fascination for a particular idea compels him to take on these elaborate works depending on the emotional value of the real-world scene they appeared in.

Initially, when Stefan began to paint, he focused on the (post) impressionist landscapes of Monet and Van Gogh. Thanks to suggestions from friends, he also discovered the art of Edward Hopper - and American art in general. Hopper’s work provided him with a solid point of reference, so Stefan could fall back on developing his own style.

Stefen kept on working with oils until 2006, when a visit to the great Andrew Wyeth retrospective in Philadelphia provided him with the media best suited to his temperament as an artist: watercolour and tempera. Stefan still greatly admires American artists such as Wyeth, Church, Bellows and Birchfield, and in particular Winslow Homer. 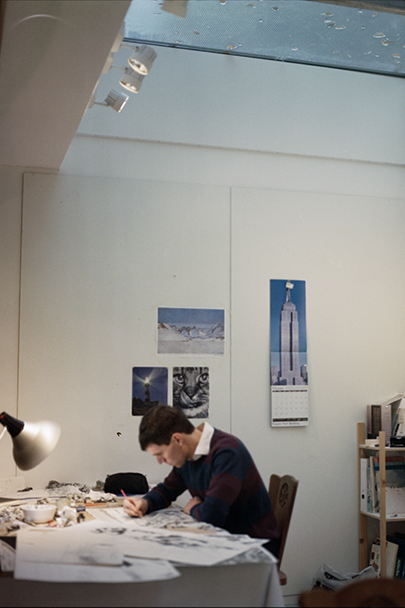 – Being a fully self-taught painter, I’ve been drawing since the age of ten. Creating my own imaginary cities on paper has been a substitute for the passion for travelling that has been with me all my life, Stefan says. 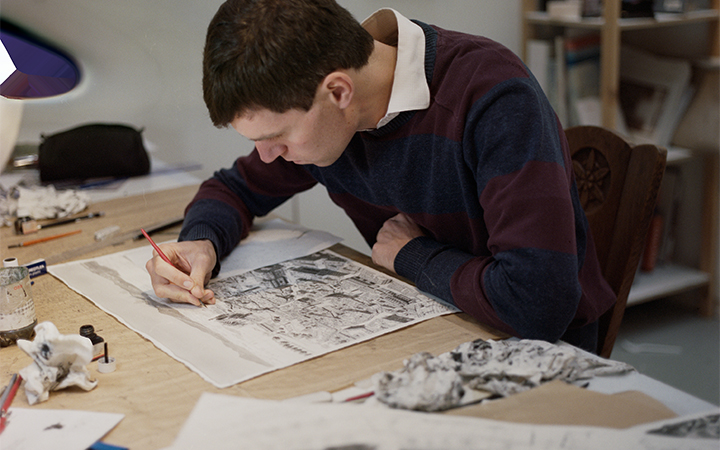 At home, Stefan put the villages and cities he’d seen on holidays into his drawings. Over the years he has enhanced his technical abilities and increased his amount of detail in these “cityscapes” as he calls them. Now, Stefan creates his own world-class cities comparable to Paris, or London. Indeed, it is London where he finds most of the inspiration for his paintings.

Although both sides of his work appear as sheer opposites, there are definitely some connections: the love for light and shadows, for example. Architecture. An almost geometric composition and the complete absence of movement.

Currently, Stefan prefers to use ink for his drawings and watercolour for his paintings. Stefan find both mediums fitting for the mood he wants to put into his pictures. He mainly works in the Netherlands but often travels to various places in Europe and occasionally to the United States in search for inspiration. 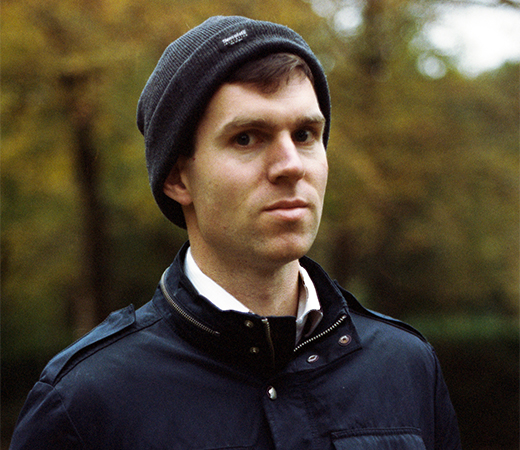