The Dutch artist Maurice Christo van Meijel has always found inspiration in nature. During his long career, he has taken the opportunity to divide his artwork into fragments and build nature-inspired motifs in recurring 3D patterns. A long-standing collaboration with the artist Marian Smit made Maurice discover new horizons within his creation.

Maurice Christo van Meijel possesses a unique ability to translate nature and flora into artwork. Restructuring the otherwise untouched scenery in irregularly patterns fascinates him. For Maurice, art is a haven where creativity can speak for itself.

– I want people to experience nature and art in one. I hope that my work will make them (re)think the vulnerability of nature and enjoy the beauty of repetition. Sometimes I think of myself as a florist doing flower re-arrangements, says Maurice.

Since childhood, he has been fascinated by nature's dramatic expressions and changing landscapes, everything from a flower's various stages, to a volatile sea. 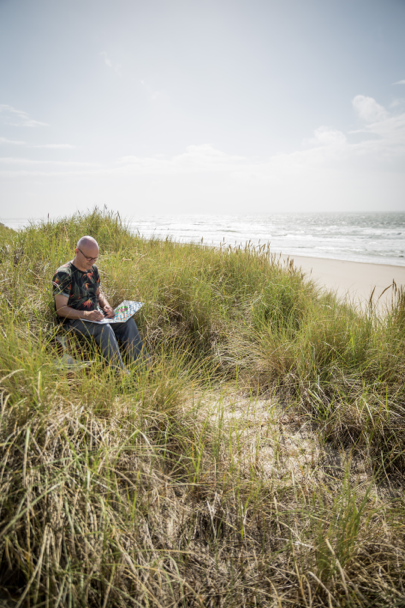 – I still imagine the seascapes being theatre stages: the air and clouds are the hanging curtains, the shells and rocks represent the audience, says Maurice.

"The air and clouds are the hanging curtains, the shells and rocks represent the audience..."

Living out his artistic dream in Texel

Twelve years ago, these beautiful views and the gallery in Texel, outside Amsterdam, caught Maurice's attention. Together with his husband, he visited the island of Texel, located in the north of the Netherlands, widely known for its rich wildlife. They fell in love with the island and moved there full-time five years ago, after several years of commuting between Amsterdam and Texel.

Here, he can concentrate fully on his art and help in Galerie Posthuys, which his spouse operates. In Texel, he also began teaching art to contribute back to society.

– As an artist, I can show that art and creativity is important. Teaching keeps me grounded and in touch with “the real world”. But also, to provide for my financial needs – working as a teacher brings in just enough to remain independent without taking on commissions, says Maurice.

He recalls the time after his studies in Maastricht and Tilburg, when he worked as a designer of wallpaper and fabric prints. A job that his art teacher thought would fit him well as he often sought to meet the expectations of the spectators: the urge to please the spectators’ eye, from ceiling to floor.

– I did not like the situation where other people tell me what to do, how to operate. It was like dealing with consumerism and economics, rather than dealing with the art process, says Maurice. 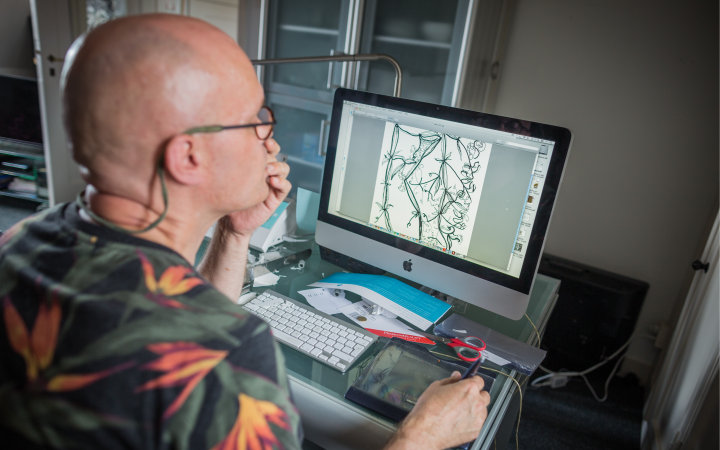 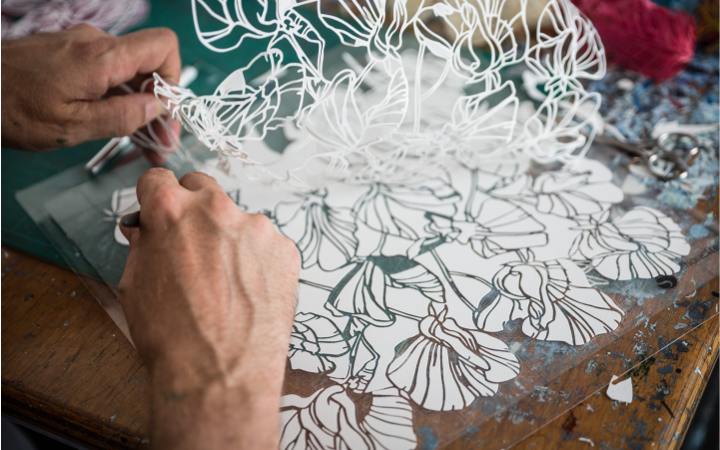 He’d rather devote himself to his own art projects or the collaboration with artist Marian Smit. This exchange of ideas between the two artists, which began eight years ago, proved to be equally rewarding to both of them. They enjoyed each other’s work and connected over their common interest in patterns, and began to create installations in the form of a delicate plant arrangement in paper.

– When we work together, ideas keep coming and going. We never argue, we just find a subject, a method, a technique we both want to explore, says Maurice. 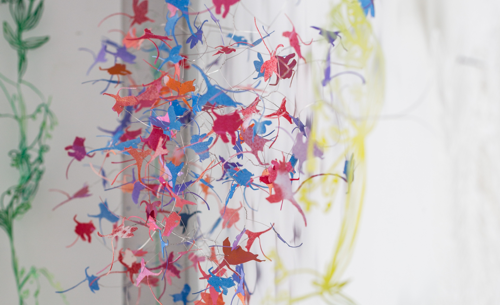 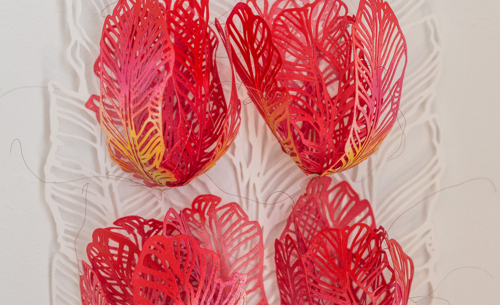 Together, Maurice and Marian create something greater than themselves and push each other's projects further. They invest their individual expertise in cross-border collaboration and experiment with, among other things, the endless possibilities of 3D-art.

– Together, we take on projects we do not dare to take on as solo artists, says Maurice.

During his years as an artist, he has taught himself not to be content with his works. This is a way for Maurice to always move forward in his creative process and to find new areas of discovery, always with the same endeavour to achieve.

– I strive to create a longing for nature in my art. People tell me that they like how I isolate details and reorganize plants and landscapes. My technique makes them long for the full landscape, says Maurice. 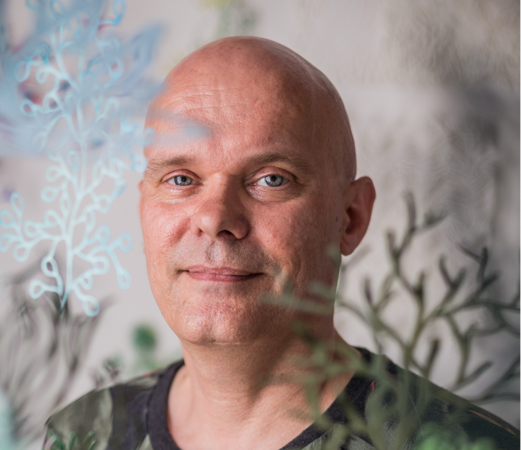