When paper is both a resource and an obstacle

She illustrates everything from portraits, children's books, and book covers. The illustrations she made for Nobelkvinnorna, a Swedish book collection of works made by female Nobel prize winners, and the children's book Kattvinden received the prestigious award Swedish Book Art 2018. Kristin Lidström has always had an eye for creating with images, but has a bittersweet relationship with paper.

She doesn't really know why she ended up as an artist, but somehow she liked the process of drawing and illustrate pictures. Even though it's her hands that do all the work – she feels that the real magic happens in her mind, and she enters a meditative state when creating. Kristin grew up in a small town called Tibro, in the west of Sweden, and she has had an interest in drawing as long as she can remember. She mostly enjoys images and text together, which is the reason that she's never considered working with free art – the pictures must have a strong connection with the text she illustrates.

– Visual storytelling lays closest to my heart, but it takes a lot of time and there's often a built-in tension in it because I always want to give it my everything. Nowadays, I prefer to work with book publishers and printing houses. It's less stressful and I can have a nicer workflow, says Kristin Lidström. 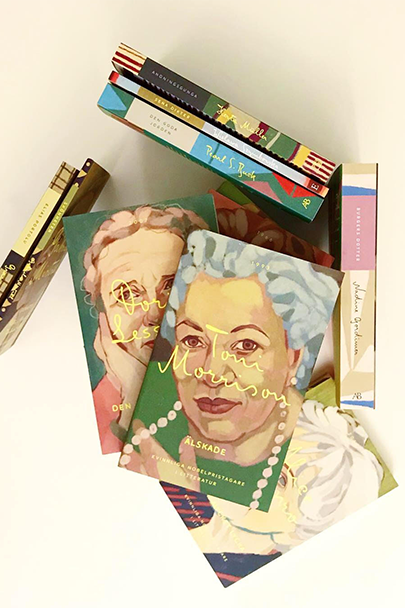 "Even if I have made a lot of digital work in my days, I really wanted the result to look handmade, like it was made on paper or canvas."

Kristin Lidström has worked with a lot of well-known Swedish book publishers, like Albert Bonnier Förlag, Nordstedts, Mirando Bok and Natur och Kultur. Most recently, she made graphic designs and illustrations for Nobelkvinnorna, a book collection with works of female Nobel prize winners in Literature over the years, which got a lot of attention. In addition to winning the prestigious award Swedish Book Art 2018, the project also meant a lot for Kristin personally.

– For this project, I had to work with a method I really hadn't mastered before - digital painting. Even if I have made a lot of digital work in my days, I really wanted the result to look handmade, like it was made on paper or canvas. Thanks to well-developed software and exploration of its possibilities I could effectively build paintings in a way I wouldn't have been able to do before, says Kristin Lidström. 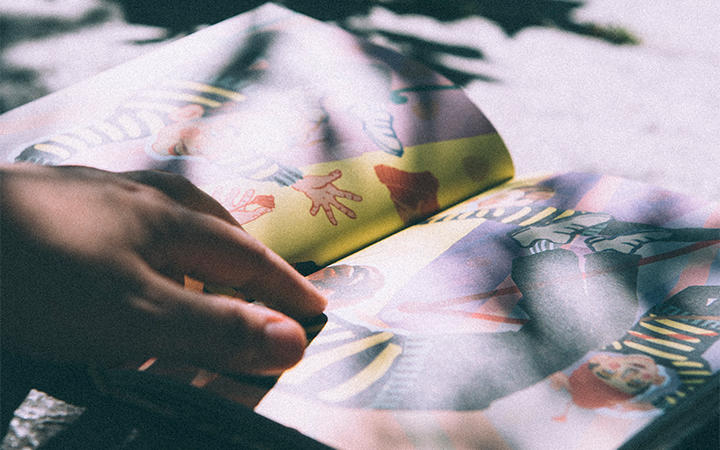 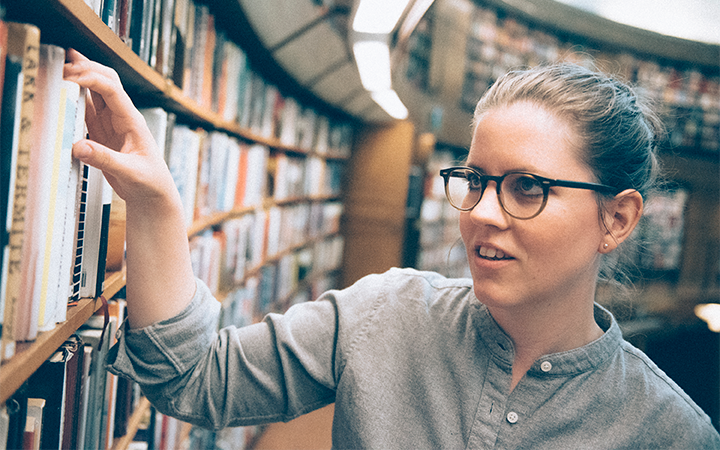 Kristin sees paper as both a resource and an obstacle in her work life. As an illustrator, you often work with paper as an end product, and with the modern digital tools we have today you can make almost anything creatively in a computer. But the tactile-ness of paper is something that a computer can never provide.

– Paper has become something very exclusive to me, so I only use it when I really know what to do with it. I have always had difficulties sketching without a goal or direction, just for the reason that I don't want to waste paper. I have some kind of reverence and respect for the material, almost so much that it becomes an obstacle sometimes. The feeling for paper and its qualities goes through my whole body. It's what I prefer and at the same time can't stand, says Kristin Lidström.

Escape to the garden

Kristin has worked with graphic design and illustration since 2012. During her intensive work with the children's book Kattvinden, for which she also received the Swedish Book Art prize 2018, she spent five months in front of a computer. It made her realize that she needed something outside her work as an illustrator, something that involved physical movement. She recently ended her first year as an undergraduate in gardening at Gothenburg University. Her interest in nature and plants can also be seen in her work for Nordstedts and the cookbook Den nya husmanskosten by Paul Svensson.

– I really feel that I want to work with illustration and book design, and I will definitely keep doing that in the future. But spending so much time in front of a computer didn't do me any good. I also own a small cottage from the 18th century, with a nonperforming garden, so I felt that I needed more knowledge about gardening in my life, says Kristin Lidström. 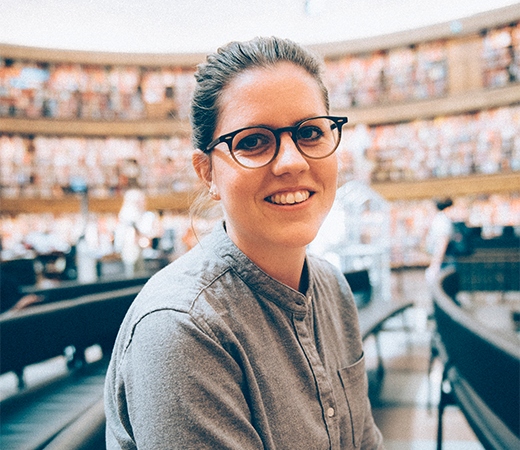