Paper pan’s art crawls out of the paper

Tentacles, wings, horns and preferably more than four legs, that is Juan Diego ‘Paper Pan’ Gonzalvez inspiration in life. The artist from Spain creates fantastically lifelike paper insects and still have the time to look for ancient coins and create Ex-Votos.

It all began when Juan Diego, as a child, visited his grandparents on their farm out in the Spanish countryside. He discovered the nature and everything that exists in it, and he became specifically attached to and fascinated by insects and bugs. Many years later, long time after summer breaks and science and art studies, Juan could finally vent his fascination. He started to create butterflies, stick insects and every kind of six legged creatures out of paper. The only insect he has yet to create is the spider, because he finds them terrifying.

– When I graduated as a graphic designer and an illustrator I didn’t really know what to do next, like most people in the same situation. I found my old collection of insects and started thinking about what I could do with that, says Juan. 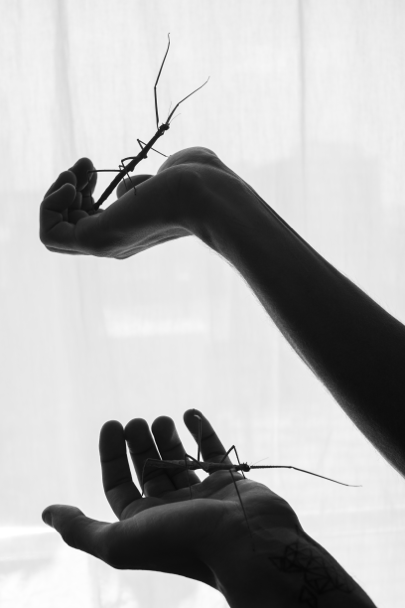 About five years ago, Juan discovered paper cutting. For an art project in school, Juan conducted some research to find interesting artists, and stumbled upon Rob Ryan, the London artist who works a lot with paper cutting. Juan decided to try it out and loved it from that moment on. Today, Juan only takes private commissions from customers who place orders through the web site, or sends requests through social media. He doesn’t want to do exhibitions since he finds them too time-consuming and they demand a lot of effort. Since he really wants his work to be meaningful and genuine to the observer, he always works near his clients to really get an understanding of what they want and what kind of expectations they have.

– I really enjoy having a long chat with my clients, discuss back and forth, and I try to ask as many questions as possible. It’s because I want everything I do to have a meaning and be significant for the the person who wants something from me, says Juan.

One of Juan’s art pieces was a so called Ex-Voto, a project where the client’s wishes and expectations are extremely important to have in mind. Juan did this project on commission by University of Valencia in conjunction with a big project regarding art and autoimmune diseases. Ex-Voto, or ‘votive offering’, is a religious ritual that mainly occurs in Spain and Mexico, where ill people can have their illness portrayed as a sculpture or painting, and later offered to a saint. The expectation is to get healed or helped in some way. If a person has lost a foot, for example, an artist can make a sculpture of a foot to be offered to the saint. This is an ancient tradition, and scientists have even found Ex-Votos from the Roman and Phoenician period. During Juan’s project, he had the chance to talk to a person suffering from the chronical stomach symptom, Crohns Disease, and he then made art based on their conversations. He used the concept Ex-Voto as a metaphor to express how this ill person offered his body to the medicine in order to be cured.

– Since his disease is chronical, he still is sick. But only the fact that I helped him portray the disease made him find some peace, and he was really satisfied with the art-work. It was a very interesting project and I learned so much about the religion and the ritual, says Juan. 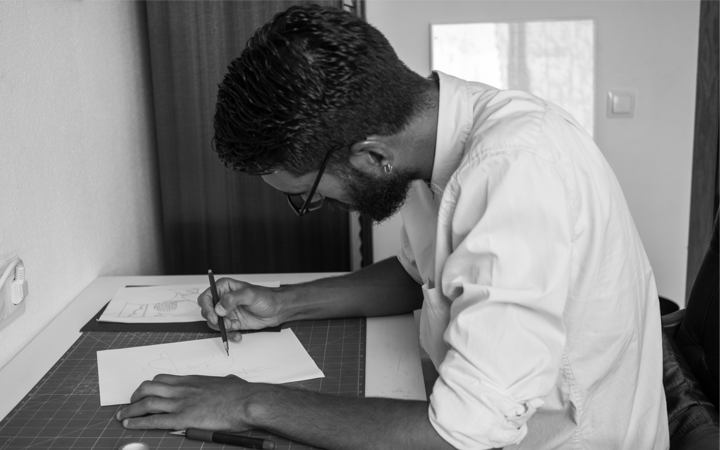 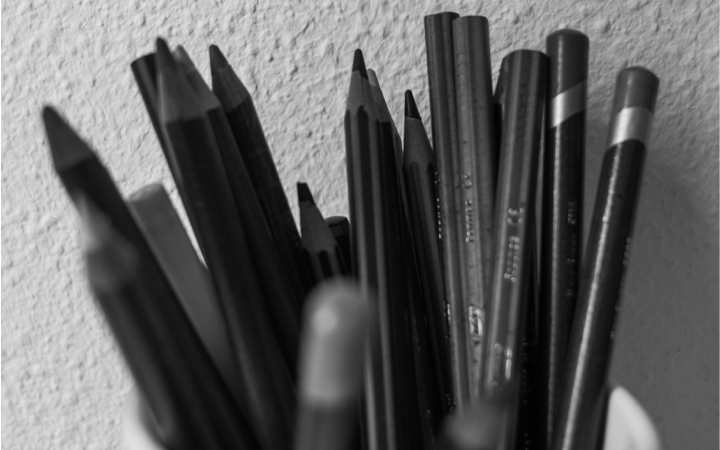 The paper insects are what Juan finds most joy in doing. Every part is cut separately and later glued together and sculptured with more paper, in order to get the 3D effect. If a client has chosen a particular insect species, Juan always sends a description of that insect together with the final art piece. The description shows what the insect eats, how its natural habitat looks like and what kind of special characteristics it has.

– It is important for me that the client knows what kind of insect I have created for them, but since I also have a big interest in science I take the opportunity to learn new things about the creatures all the time. And I’m really happy that I can combine this with my huge interest for arts and crafts, says Juan. 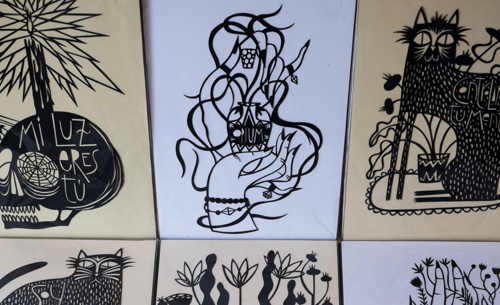 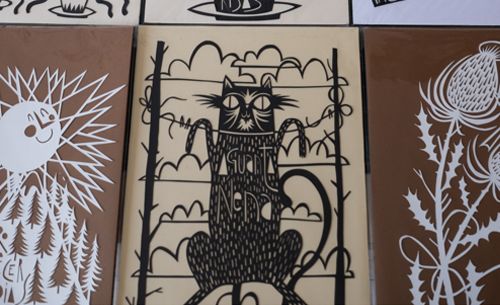 When he is not working with paper art, Juan works part-time as an assistant at an archeological excavation, far up in the mountains of Murcia. When he studied, he had to learn more about art restoration and therefore, this kind of job was perfect, since a lot of the work contains taking care of the stuff they find, like ceramic pots, jewelry and tools. And even if the work is sweaty and sometimes a bit boring, Juan proclaims that the thrill he feels when they find something, makes it all worth it. The oldest thing they have found so far is a roman coin that was estimated to be more than 2200 years old.

– I saw something shiny under a stone and it turned out to be a very old coin, in mint condition. It was a fantastic feeling to find it, my heart was rushing and the adrenaline flowed. It was extremely exciting to hold something that a person has held in their hand thousands of years ago, says Juan.

Now, Juan looks forward to more exciting commissions and maybe even doing some commercial projects. His most aspiring dream is to get the chance to work with Visual Merchandise and maybe even something within TV-productions.

– So far, I haven’t got the chance to do so much commercial stuff, but hopefully I will get to do something larger than bugs in the future, says Juan.